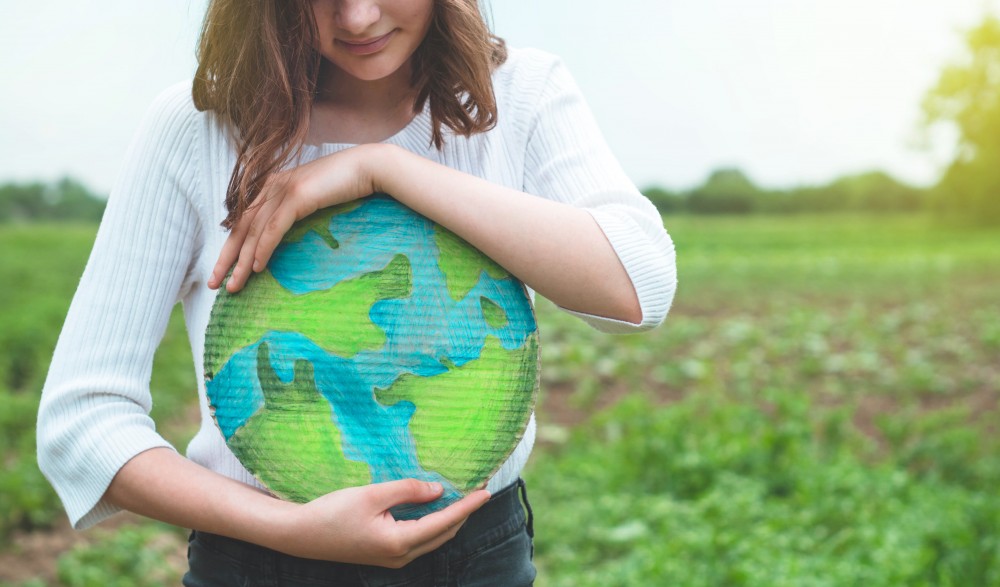 It is almost consensual that we are endangering the future of society if we maintain the same behaviours towards planet earth as specifically observed in recent decades.

Let’s have a closer look at climate change. With particular focus on Portugal, it is clear that our country can change dramatically in half a century due to climate change, making it more deserted, affecting beaches, agriculture, fishing and even the wine industry, as Rajendra Pachauri, economist and engineer, warned us in 2018.

Over 2 million years ago, humans were fed by harvesting plants and hunting animals, but all that changed about 10,000 years ago when we developed from hunter-gatherers to farmers.

The agricultural revolution was a radical transformation to sustain human beings, however, often without respecting our planet. Later on, the first industrial revolution (the linear economy model, which is still dominating today) was established and followed the flow commonly described as "Take, Make, Use, Waste".

Mega cities, population growth, climate change, changes in economic power and technological advances are changing the way organizations and society interact. It is, therefore, a necessary step to change the economic model if we are to leave the next generations with a better planet than the one we are experiencing. But, do we still have time?

KAIZEN™ and the Circular Economy will play a fundamental role in the future of society. The concept of Circular Economy follows a closed loop described as "Take, Make, Use, Reuse/Recycle”. This approach is intended to dramatically increase the life-cycle of items around us and is already being put in place worldwide, going beyond sustainability agendas. Circular Economics highlights the importance of extending the useful life of goods as long as possible, and the current examples are already striking, even from the point of view of wealth creation for organizations.

Looking into the case of Corticeira Amorim, the largest producer of cork products globally, their cork oak plantations are renewable resources with continual environmental, economic and social benefits. Everything starts in the cork oak plantation, a tree with key features for the preservation of 1 of the 36 world ecosystems; it is estimated that, for each ton of cork produced, the cork forests capture more than 73 tons of CO2.

The Corticeira Amorim production process displays the Lavoisier principle; the conservation of mass. Nothing is lost, everything is transformed and at the end of the value chain, the remaining dust is even used as fuel. Thus, in terms of CO2 emissions, it is estimated that each cork saves everything that is spent on the remaining processes to obtain a bottle of wine on the table.

The sports brand Adidas already embraces the principles of Circular Economy in its partnership with Parley for the Oceans, an environmental organization that fights against the threats caused by plastic pollution in the oceans. In 2018 Adidas sold 5 million pairs of Parley shoes made from ocean plastic and announced they will produce 11 million pairs by 2019.

Proctor & Gamble produces bottles for Fairy detergents made from recycled plastic and ocean plastic, and many other examples exist in various sectors of the economy.

In summary, it is time for society to embrace its responsibility as a global community and to create supply chains that support circular business models for the sake of our planet and future generations.

older
Back to overview
newer

Why Digitalization is Key for Fighting the Climate Crisis

ESG – great results for the environment and society

Look from a new perspective!

KAIZEN™ and Circular Economy: Leaving the following generations a better home than we were given

How the war in Ukraine is further disrupting global supply chains

The big challenges for supply chains in 2022

We know what we can do with KAIZEN™

KAIZEN™ – the way to develop, manage and lead the company

Learning by doing - and realizing that something big is happening

How to build empowered teams in a structured approach

The KAIZEN™ Way to re-shaping the economy (3): Trust and transparency

The KAIZEN™ Way to re-shaping the economy (2): A culture of common sense

The KAIZEN™ Way to re-shaping the economy (1): Improving leadership

More than 35 years of KAIZEN™, but a long way to a KAIZEN™ culture

Redefining What It Means to Be a Quality Leader

Portuguese wines are increasingly appreciated, but the formula for success is not simple

The Impact of Strategic Planning

Generation of Wealth in Organisations

The 35-year Journey of Kaizen Institute

Components of sustained greatness and growth

The historical development of Masaaki Imai’s insights into organizational behavior

Take advantage of the crisis to develop people and processes

Ostrich or Albatross? Fear or Flight? What are our options post COVID-19?

How KAIZEN™ can assist Hospitals

The Path to Patient Safety in Japan (or Elsewhere): Reporting Problems, Solving Problems

The Key to Leadership Is Consistency

How to Use Training Within Industry to Build a Lean, Mean Manufacturing Workforce

The Best Kind of KAIZEN™

Integrating Industry 4.0 and a KAIZEN™ Culture

What a Customer Should Never Hear

Where Efficiency and Lean Equal Value-Add

Get all the latest news about Kaizen Institute. Subscribe now.

Thank you for your interest in Kaizen Institute’s services. Please provide the following information about your business needs to help us serve you better.